We had a fantastic 4-day  weekend camping with our kids down in Bundeena. Bit of a risk this late in the season but we got extremely lucky. 26 degrees every day! Our kids were a bit unwell at times, with bad colds and Louis seemed to have a short bout of gastro. But we still had loads of fun. 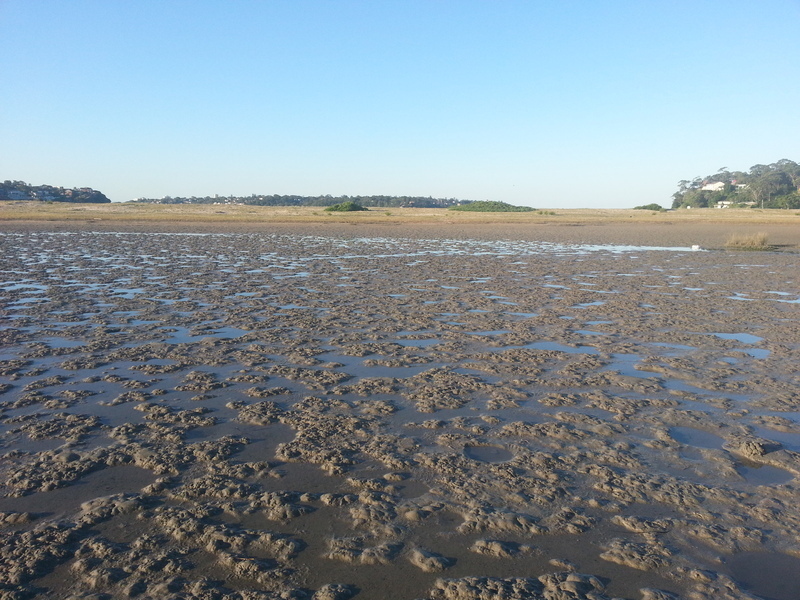 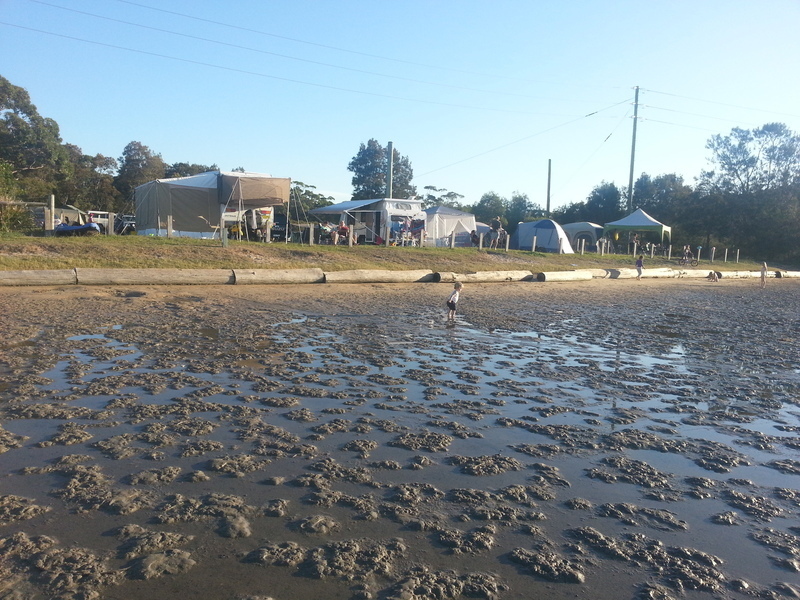 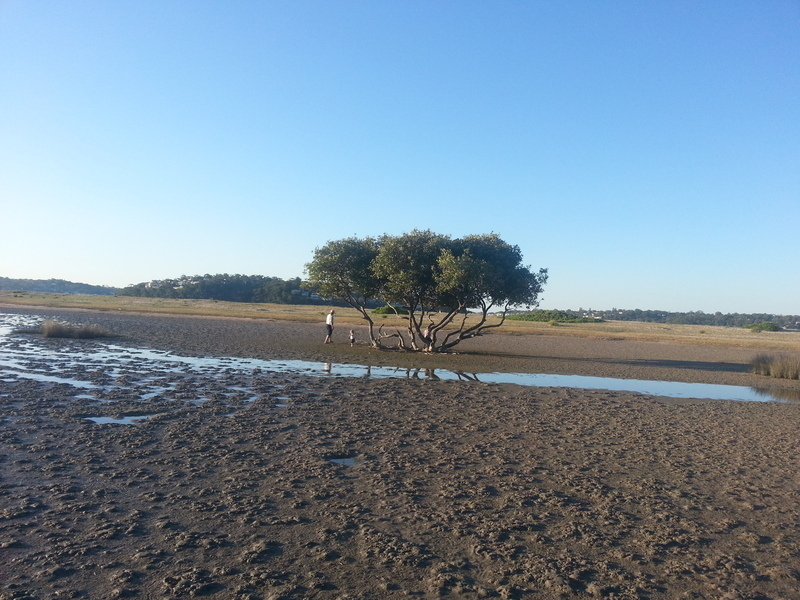 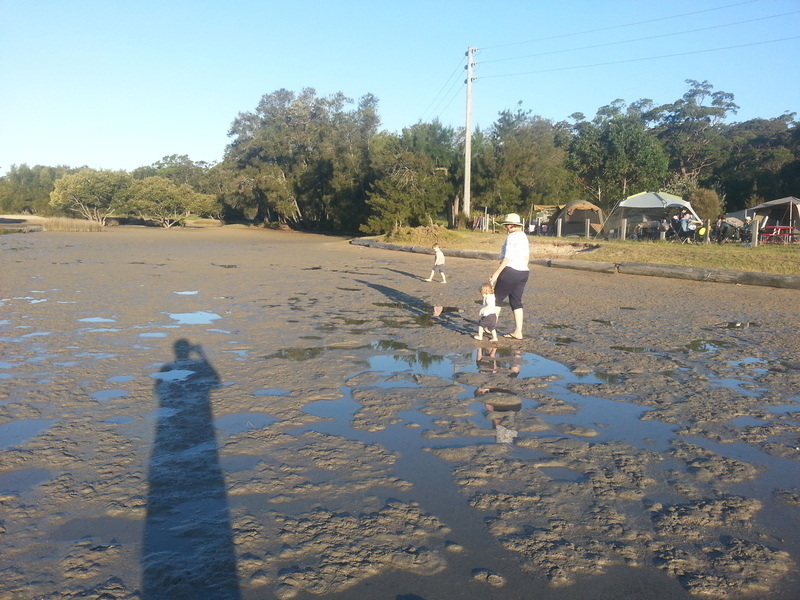 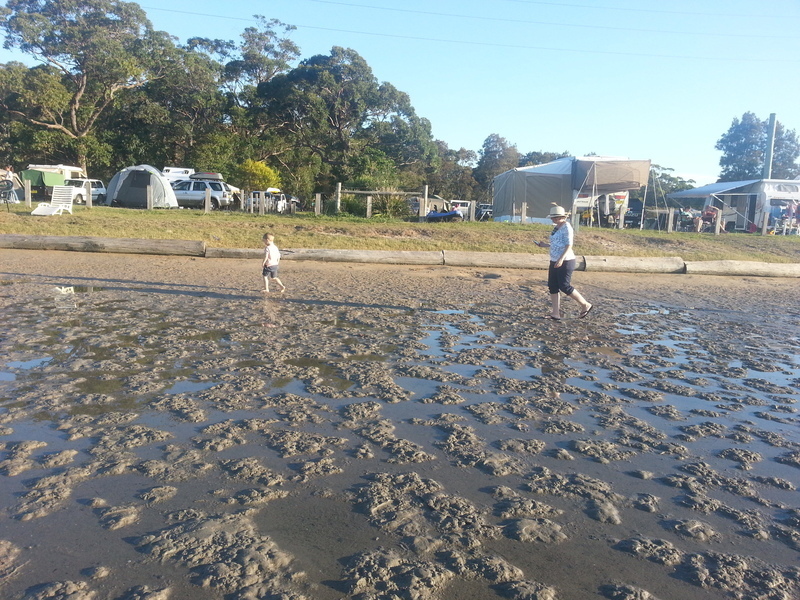 I've been getting into snorkelling a bit recently. I've always enjoyed it but recently I bought some good quality gear, replacing the toy shop crap I've been using. It's another world with good equipment! It's not easy to get time, but so far I've snorkelled Jervis Bay, Bushrangers Bay, Clovelly and The Haven in Terrigal.
My son has been asking what it's like, so I bought the Kogan waterproof camera case for $19. Took it out last weekend for a spin at The Haven but the visibility was terrible. The camera case works a treat though, and I'm looking forward to using it some more. Need to work out a strap to attach it to my arm or something though. 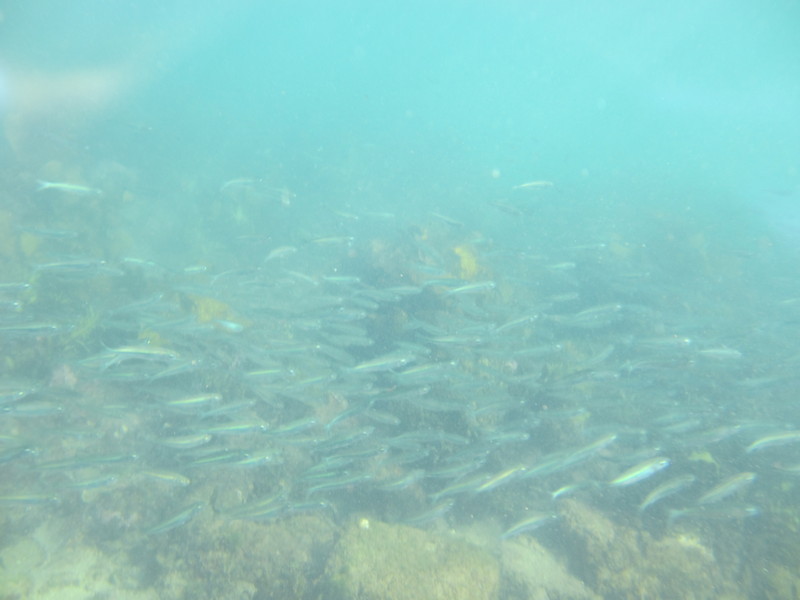 Chilling in Jervis Bay. Weather has turned out much better than the forecasts. Lovely. 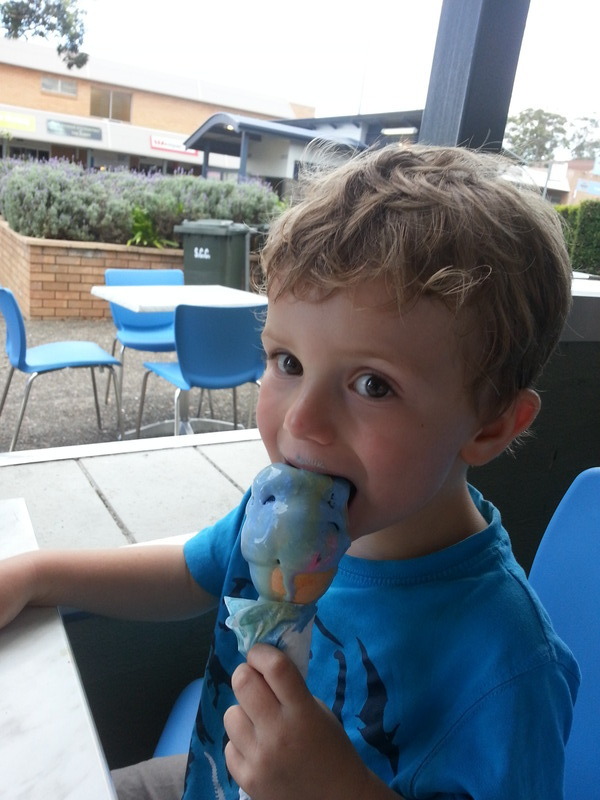 My blog has been on Posterous for some years now and it's been awesome. The best thing about it is that you just email a bunch of stuff, with whatever attachments in whatever format are relevant, and they just work.
Sadly they're shutting down following their talent acquisition by Twitter. That's a real shame. Now I have to find an alternative.
Requirements:
Squarespace is lovely but pretty expensive for what I need, unless I can consolidate all three sites into one platform while keeping the domains (waiting on their ticket response).
I had high hopes for Markdown-based blog tools like Jekyll, but I find them a bit clunky. Posterous has got me used to a really easy blogging workflow that works well for me.
Any suggestions? I'm happy to pay.

I took Louis camping this weekend in Bundeena. Train, ferry then a short hike to the campsite on the edge of the Royal National Park. The weather outlook before we left was pretty shaky, and it lived up to the forecast: heavy showers and strong winds pretty much the entire time. Louis was so excited about the idea of camping that I had to take him, and we had an excellent time.

Satellite view of the campsite
It's an astonishingly beautiful spot, on the edge of a lagoon that adjoins Port Hacking, so you're camped amongst mangroves and birds with a view across the water of Cronulla. So close to civilisation, but you feel like you're a million miles away.
Saturday after arriving at the camp site, we pitched the tent just in time to shelter in it from a shower. Next we pottered around the low-tide lagoon and big spit of sand that divides the lagoon from Port Hacking. We found some pretty interesting things along the sand including a cobalt blue piece where a chunk of seaweed was attached to the sea floor. Any seaweed experts know what that's about? 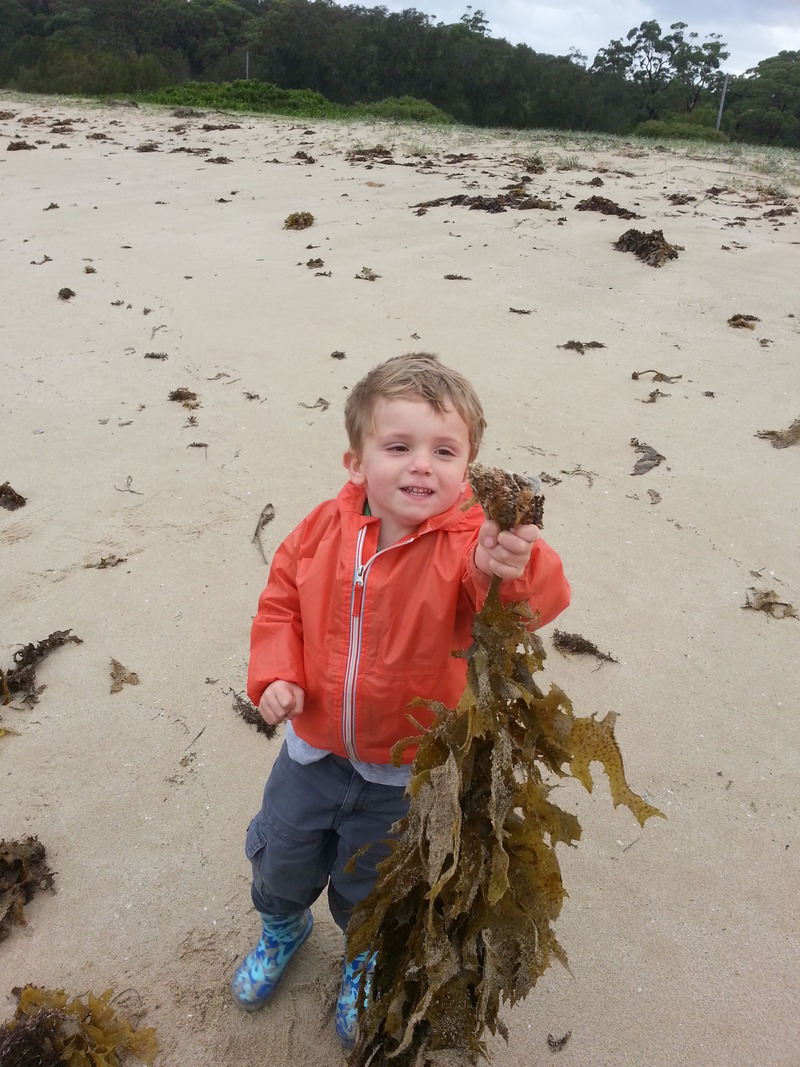 Dinner was interesting. The BBQs were fortunately sheltered from the frequent showers. We got the sausages on and Louis announced he needed to use the loo, so we headed off. As we came back we saw a murder of crows on the BBQs eating our dinner! We ended up with just a single sausage between us for dinner. Fortunately I'd over catered on snacks so we didn't go to bed hungry. (PS, yes I've always wanted to use the term "murder of crows".)
Next morning we pottered around the sand dunes then hiked back into town for coffee/babycino just in time to meet up with Holly and Ruby who'd driven to meet us. Lunch was with Rich, Debs and their kids for an amazing cooked lunch at their place. Sadly we didn't get to stay as long as I wanted, Holly and the kids were knackered so we popped home.
Lovely weekend, despite the weather! Thanks again to Debs and Rich for an amazing lunch.
SRSLY? 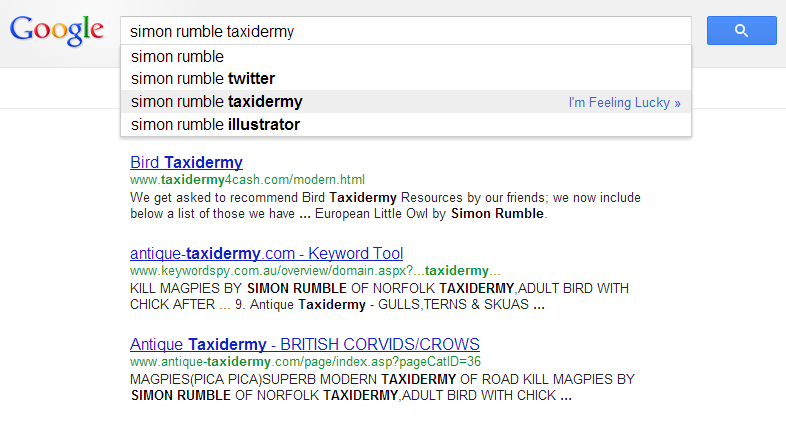 Moral of the story: don't Google yourself!

I've always had a spreadsheet to help me compare a daily contract rate to a "standard" salary, to ensure I'm always comparing like for like when considering jobs. A newer wrinkle has been recruiters quoting "package" salaries, which just means you need to multiply by 0.91 to get the "standard" salary (ex super). But it's always been confusing.

I've recently been sharing my spreadsheet with friends who've been considering contract jobs. The spreadsheet was fine, but a bit clunky and I'd only ever bothered to make it convert daily rate to "standard" salary.
To make this work a bit better, I created ContractOrPermie.com, a little one-page application I wrote to allow you to quickly and easily compare contract rates with standard salaries. It's only really suitable for Australia.
As well as nicely solving this particular problem, I also got to try out Twitter Bootstrap, which means it looks great in all browsers without me having to futz around with CSS. I'm hosting it using the new functionality Amazon Web Services have launched to allow static file hosting at the root of a domain using Amazon S3 (in the new Australian data centre).

Anyway, check out ContractOrPermie.com and let me know what you think. 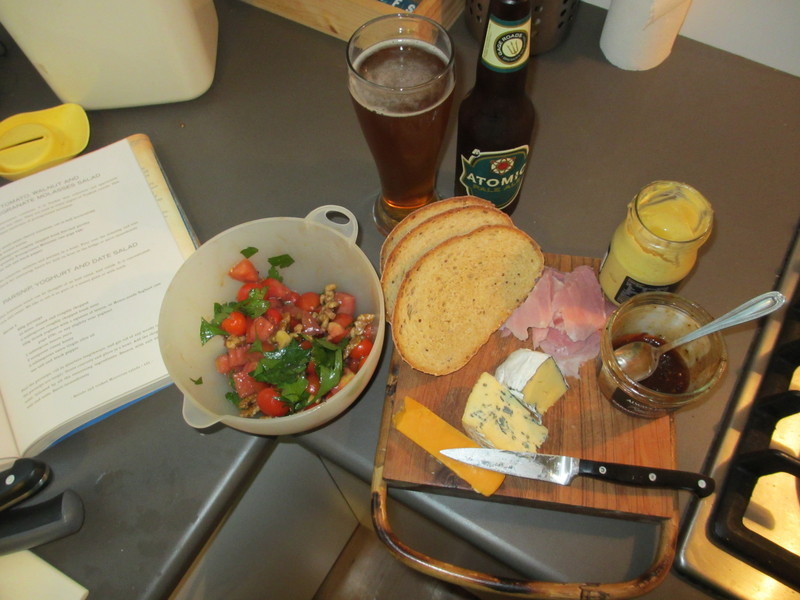 Holly's out to see The Hobbit so I'm home along with the kids. Improvised Ploughmans of:

No need to send rescuers. Though a link to the stream for tonight's game would help.

We spent the day cooking for charity. Lots of fun. I helped on chicken cacciatore and another team did amazing apple calzones. Good stuff and quite fun. 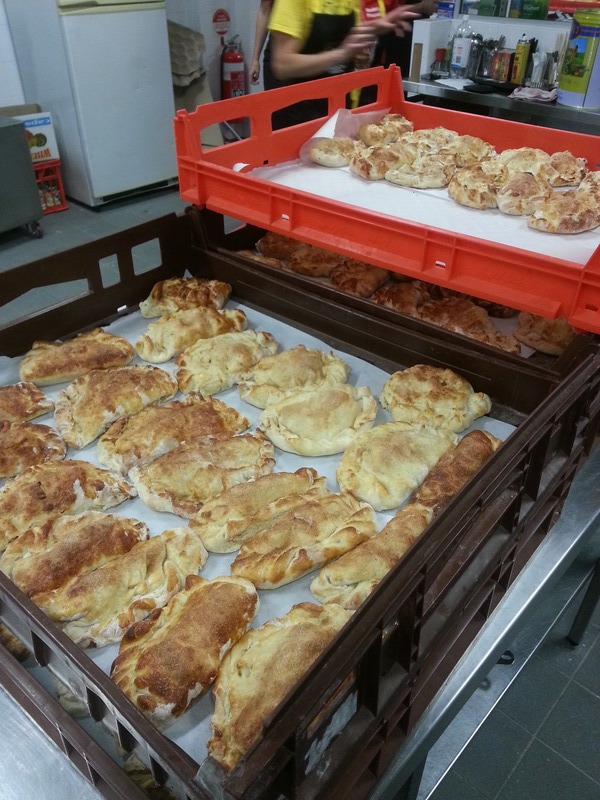 Ruby has me out of bed at 0530 this morning so everything moved along earlier than usual. Got to daycare and realised we had 35 minutes to kill so we stopped for smiley babycinos. 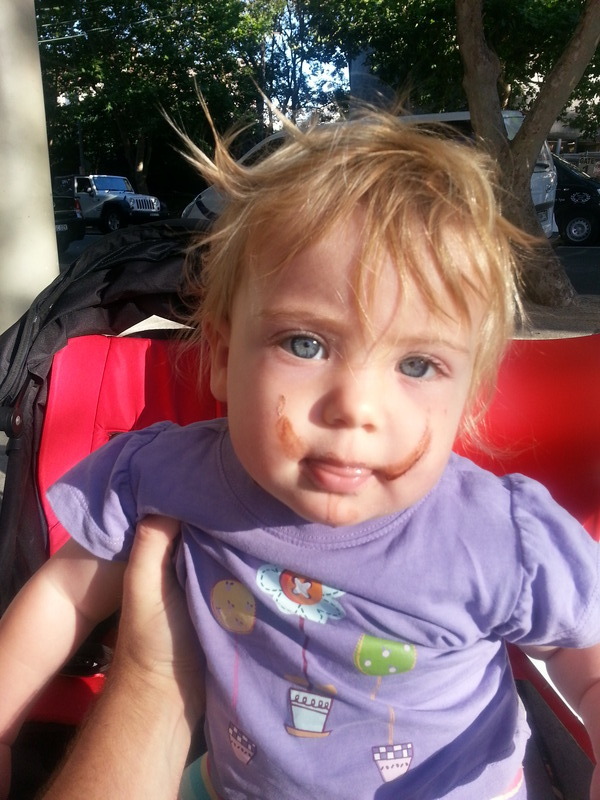