It's March which means my February booze fast is over. I tried a lot of alcohol free beer over February and there were some real gems amongst them.

The real standouts were the Vandestreek Playground IPA, Heaps Normal and the three Upflow brews. These made me not really miss beer at all. I'll be buying more of these!

The Sobah brews were disappointing. The backstory is great and I love the use of bush foods but the brews themselves weren't great. The Pepperberry one is great but I actually tipped out the Lemon Aspen. The finger lime one is okay but nothing special.

The mainstream brews were predictably underwhelming. The ones who get close in that category are the German wheat beer brands.

Sydney is starting to emerge from the restrictions we had over Xmas so there were a few outings in February. We went to a gig last week and then this weekend to a friend's birthday party in a local bar. The gig had Heaps Normal available so that was great. Out at the bar this weekend the bartender made me a really nice alcohol free cocktail with various juices and flavours, and I drank some plain tonic as they were using a good brand.

It's interesting to find I can get by without booze pretty happily though there are things I noticed. A lot of drinking is really giving you something to do with your hands. Without the booze, I ended up drinking quite a bit of water. No real problem but it was interesting to notice. Otherwise you end up drinking a lot of sugar.

Socially there's definitely a lubricating effect from alcohol. I didn't feel as talkative and definitely noticed the people around me loosening up as the night wore on. It's quite interesting observing it without being deep in it. Definitely worth experiencing from time to time anyway.

I've stocked up on a few favourite brews for my return to drinking. Since the whole idea is to cut down on drinking that definitely crept up in COVID-land, I probably won't crack anything open until Friday. Bummer that 1st March is a Monday but it won't hurt me. 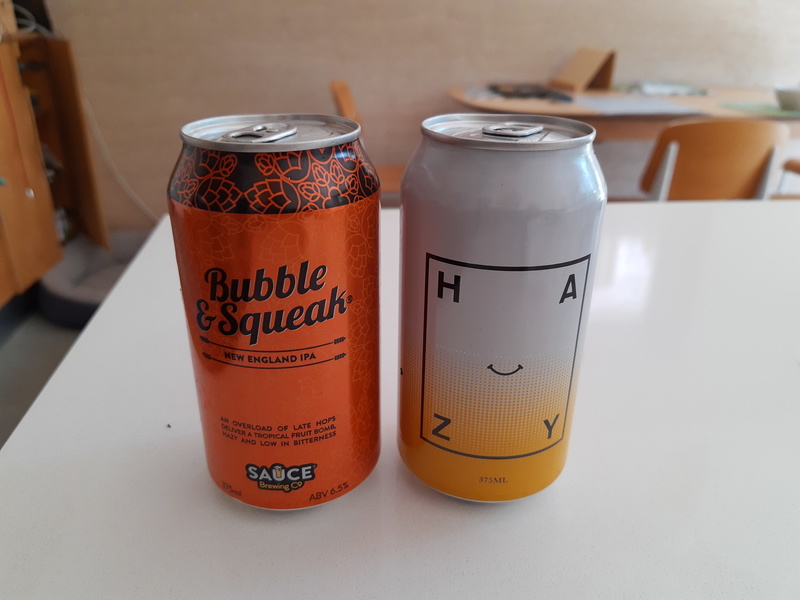 So far in the stock is the Balter Hazy which is just brilliant summer quaffing and our closest brewery's best brew, the Sauce Bubble & Squeak. I'd also like to some of the Philter Marrickville Nights which is a brilliant Dark Ale, but I'll have to wander down that way to pick some up. Open to other suggestions.

Sobah use bush foods as flavourings with mixed results. The Pepperberry isn't bad: an interesting flavour in the mix for a beer. The lemon aspen, not so good. It tasted like toilet cleaner, to be honest. I tipped it out. 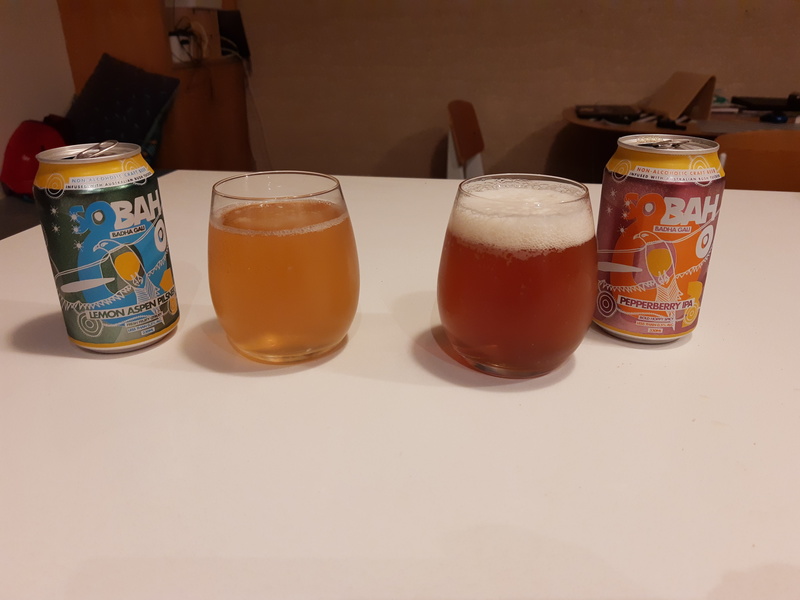 When holly was pregnant we drank a bit of this so I bought a bunch more for this booze free spell. It's still good, though now that I've discovered better it's not as amazing.

Styled as a wheat beer, which is very much Erdinger's thing, it's hoppy and flavoursome, very refreshing on a hot day. I still gladly drink this one. Though if I were drinking alcohol I'd go a Schofferhofer in preference. 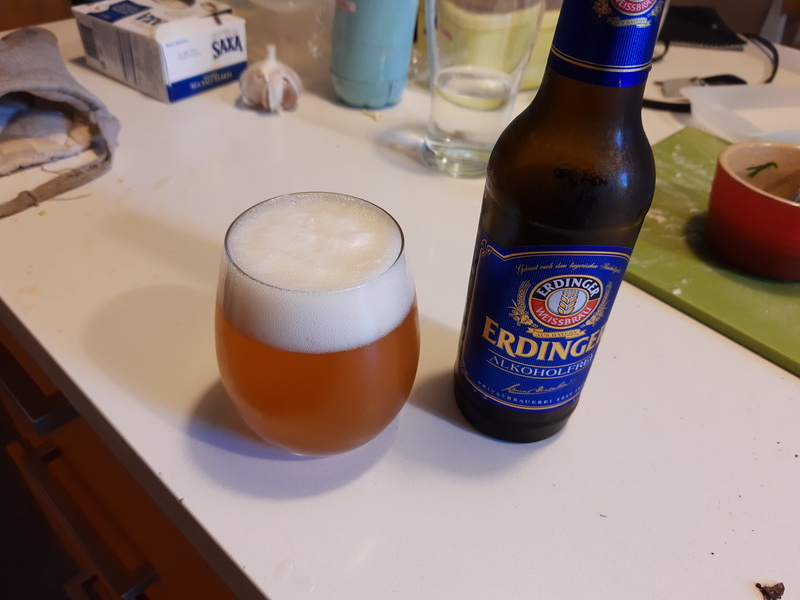 This is the way. A beer without booze that is no disappointment. It's delicious. Refreshing. Full of body. I'm buying a case!

Ugh. This beer was just plain off. Undrinkable. And on such a hot night last night too! 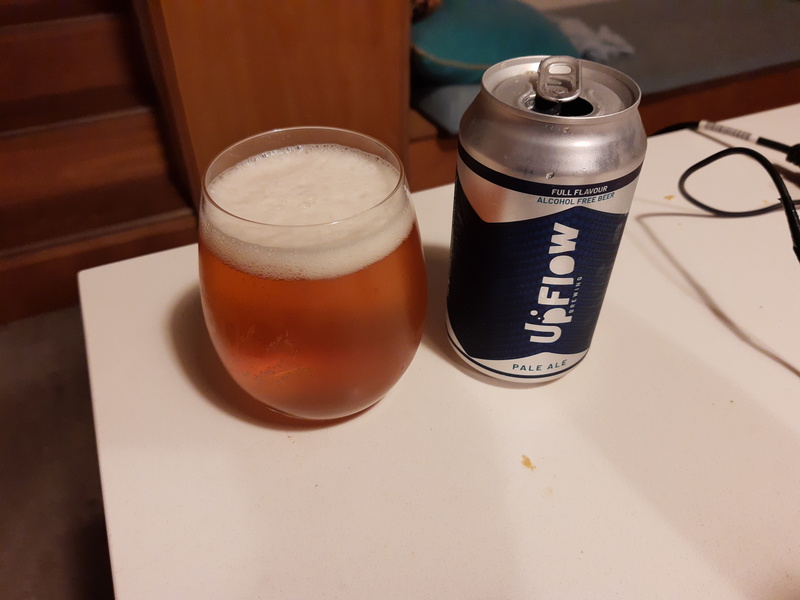 Not a bad attempt at a lager. Still ends up with that unique thin flavour you get with many of these brews but this one has more body than most. The hoppiness is strong and in your face, which helps. Refreshing and satisfying enough that Holly was disappointed when it had disappeared. 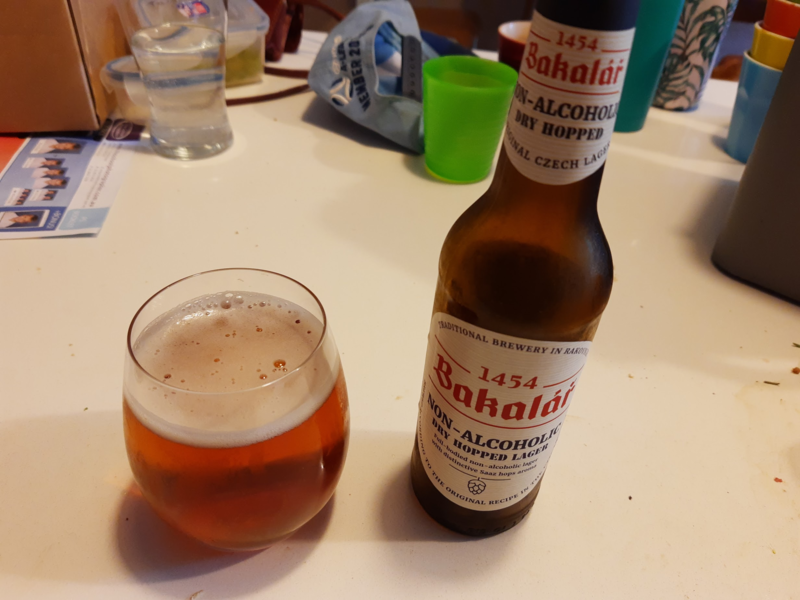 I think this one may be my favourite yet. You could easily drink this and not realise it's got no booze, which is probably only something you could get away with in a dark beer. Fortunately I love dark beer! Amazing. Really impressive work here.
Upflow: how about a nut brown ale as another dark brew in the set? 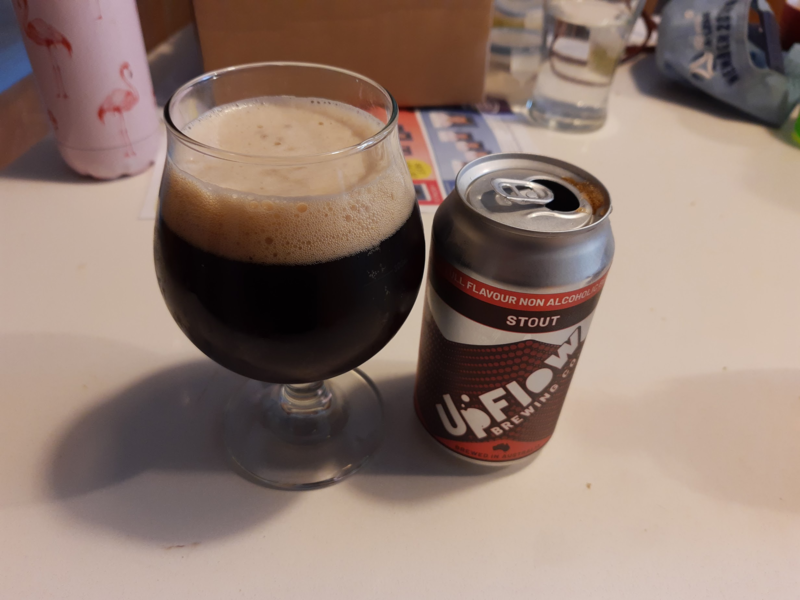 Catching up from last night's brews that Holly and I shared. These were both excellent.
The Sobah one had a bit of an odd smell from the pepperberry but that's a feature of their brews, Australian native ingredients. The taste was quite different though, strong malt and fruit. A really interesting brew, I'd drink this again.
Holly scored the Pine Trail Pale Ale but I got a sip. Delicious, a solid entrant with enough body to satisfy. Definitely worthwhile this one. 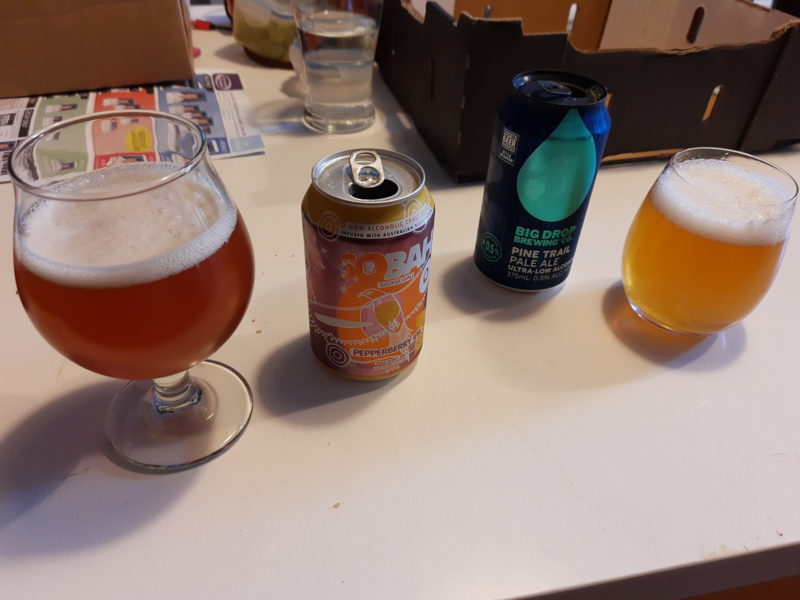 Dry and refreshing but not much going on. I can't taste the finger lime at all. It's acceptable but nothing special. 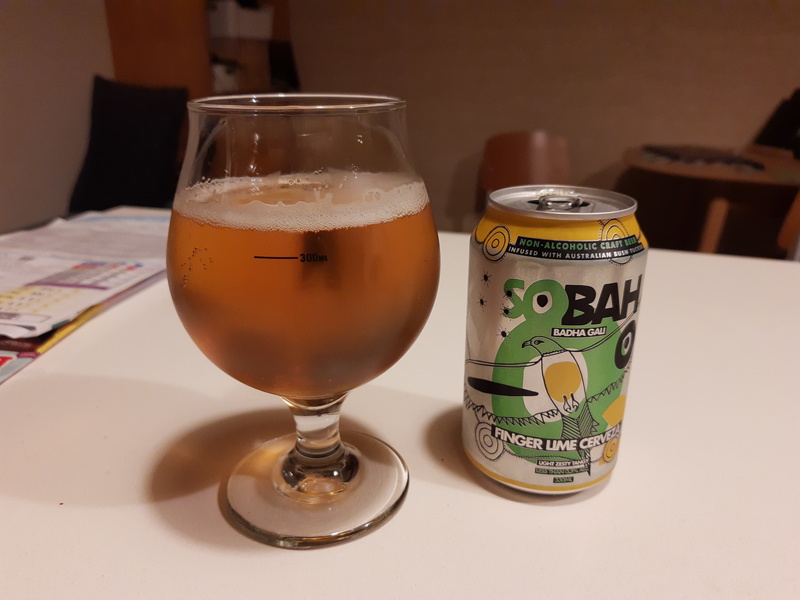