Wow, three times in the last few days I've been asked by people whether it's a good idea to run Cat 6 ethernet in their homes. The answer is, emphatically, yes! 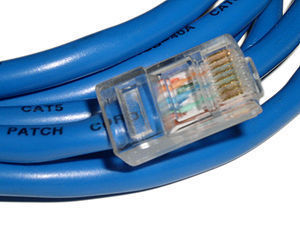 Us lucky people in Australia are going to have fibre optic connections to teh Interwebs in the near future, so while you can't imagine it now, there are likely to be good uses for it at some point in the future. Already you can't reliably stream high definition, minimally-compressed video over common wireless technologies. That's only going to get worse, especially when you decide you want to do that in two or three rooms in your house.
Now you're cabling, don't go for the marginally cheaper Cat 5 cable. You don't want to have to crawl under that house again, do you? You don't have to terminate the cable with Cat 6 connectors just now, if money's an issue, but keep it future proof!
Photos credit: Fo0bar from Wikimedia Commons. And yes, that picture shows Cat 5 not Cat 6.