I was quite excited when I found this inexpensive approach to creating soft close drawers and cupboard doors. They're a pretty simple concept: a little damper piston that you stick wherever possible to brake the closing of your drawers and cupboards. It'll never be quite as Star Trek as the really expensive mechanisms you get in proper kitchen stores, but it was still a neat solution and much cheaper at around $2 per piston, making it about $4 per drawer and cupboard. 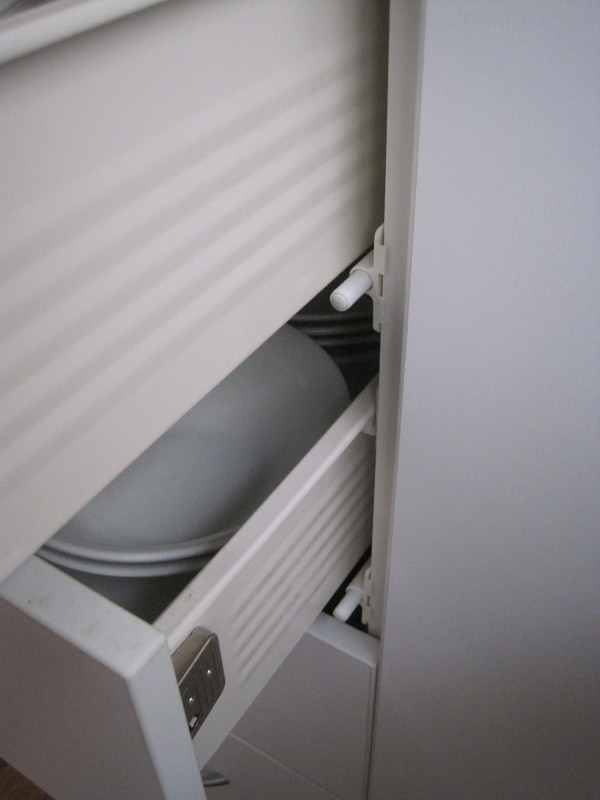 Initially they worked great and I took huge pleasure opening and closing the drawers to see the nice, soft close. Pretty soon after installing them, I found some problems. They're not a complete killer on the idea, just quality and execution problems from the manufacturer really.

First a few of the pistons became stuck closed. I could jiggle them to get them out again, but that's hardly good enough. Then they gradually all started falling off. The adhesive they've used just doesn't seem to work. I would probably have persevered and re-applied the devices with a stronger glue if it weren't for the stuck pistons.

I've now sent the lot back for a refund, and the seller seems willing to refund so far.

I'm pretty disappointed. I really wanted this to work, and I'd still be interested in the product if they ever come up with a Version 2 that fixes these problems.