Kronenbourg is a terrible beer that was available everywhere in the UK when we lived there. It's bloody awful stuff, but still better than the equally ubiquitous Fosters. Once we discovered Real Ale though, we avoided this garbage.
The zero alcohol one here is weird. It's got something citrus going on in there. It's trying to be a "wheat beer with a taste of citrus" but the citrus doesn't taste like the real deal. It's an artificial flavouring would be my guess.
The underlying beer isn't too bad. The best way I'd describe it is like a good tea being ruined with bergamot to make Earl Gray. You can taste the two things separately in the palette.
A lot of these alcohol free beers go for the wheat option. They're generally lighter anyway and often have fruity esters that give some body. This one wouldn't be bad if they removed the citrus. Punters could always add their own at serving time.
Update: I tipped this one out. It was awful. 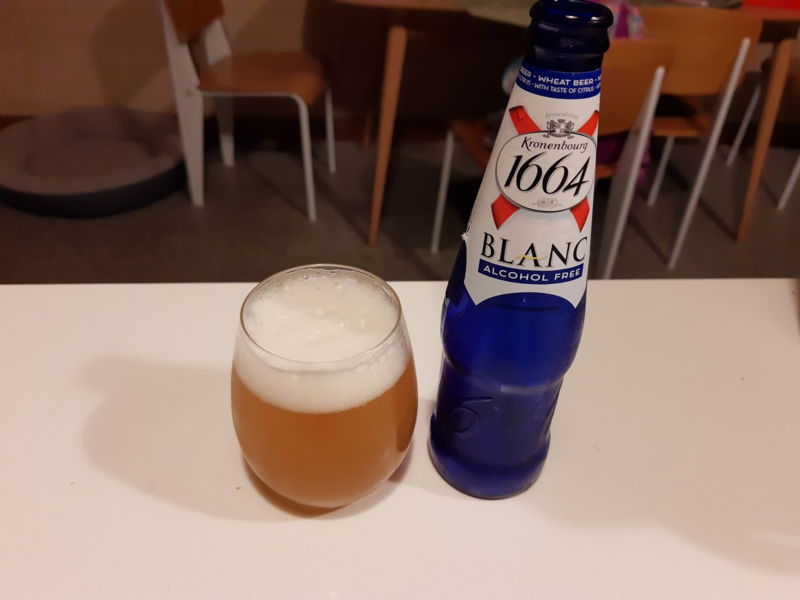