A few years back The Economist had a great chart on health care spending showing the split between public and private spending. What's interesting is the huge proportion of government spending from the supposed land of the free market.

The Wall Street Journal further illustrated this in 2011 with a chart showing the absolute numbers spent per capita (and life expectancy, but I think that's too crude a measure of health outcomes to be particularly useful). What's amazing about this is that the US government spends more per capita on healthcare than the UK, yet the healthcare consumer then have to chip in about the same amount again! 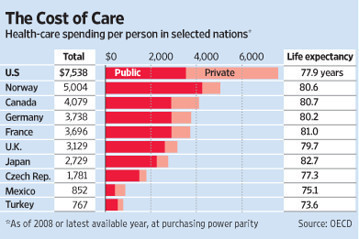 I thought it'd be interesting to include Australia in this to inform the current debate, and to update with the latest OECD numbers. The results are quite interesting and haven't changed especially. Americans are still spending way too much on healthcare, both publicly and privately. Australians are on course to do the same. Thanks guys! 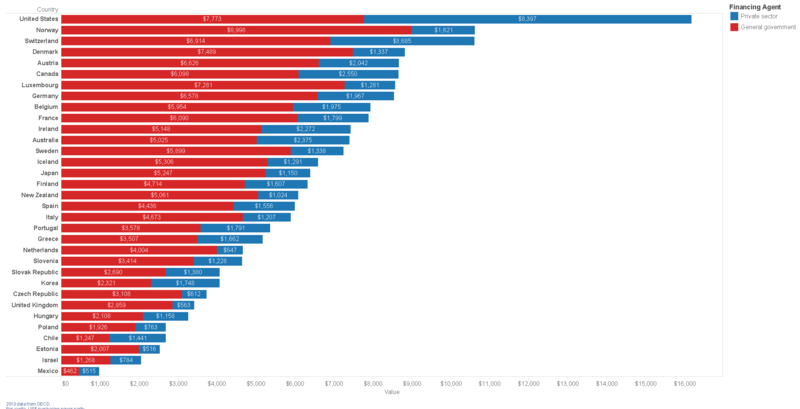